Finally! A superhero movie that captures the darkness, insanity and violence I’ve always wanted to see in a superhero movie. Hi. It’s Nas from 2001 here, and I gotta tell you that I am psyched to see The Joker sport some grills, even though I don’t know what those are because RiFF RaFF hasn’t even been invented yet. 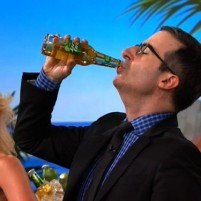 On last week’s uh Last Week Tonight, host John Oliver assured viewers that if the various sponsors of the FIFA World Cup were to put pressure on the football organization to oust former president Sepp Blatter, he’d wear a terrible pair of Adidas, drink a Bud Light Lime and take a bite out of every item of McDonald’s dollar menu. 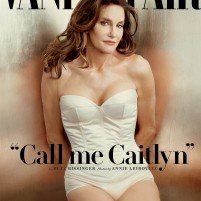 We live in the era of the constant refresh. Something appears in one of our feeds and we jump in to join the conversation; Like, Share and boom, we’re out. We don’t really care about the struggles of any community in the world, or much of anything really. We certainly don’t care about Caitlyn Jenner. 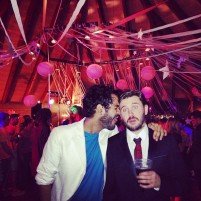 Posted on June 4, 2015 by Nas Hoosen • 0 Comments
Another: Campaigns, Ear To The Ground

Maybe you used to come to this site to find new music. Funnily enough, so did I. We used to post new songs every day, then every other day, then once or twice a month. Now: not so much. Or more clearly: Jordan used to post new music here all the time. 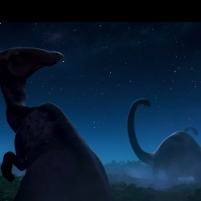 It’s taken years for Pixar‘s upcoming film The Good Dinosaur to make it through production. Animation normally takes years, so I’m talking yeeeeeaaaars more than it usually would. In that time the studio fired the film’s original director, replaced him with four other directors, restructured the entire film and re-recorded at least some (but probably most?) of the voice work. 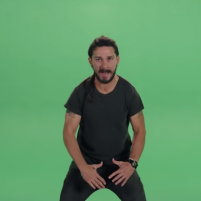 I love Shia LaBeouf the artist. Seriously. I genuinely appreciate every weird thing he has done since that awful business where he made a short film based on Daniel Clowes’ work and tried to pass its contents off as his own. The “#IAMSORRY” thing, the “I am not famous anymore” thing and pretty much everything else he’s done of late has been fascinating to observe and consider. 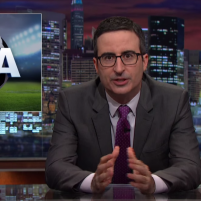 John Oliver Will Teach You About The FIFA Scandal

You’ll likely never read a more news-y sounding headline on Another-Day again. This one was worthy of it though. Last Week Tonight‘s John Oliver ripped into FIFA and its corrupt officials for swindling nations out of millions of dollars in public funds using handy under the table wheeling and dealing. 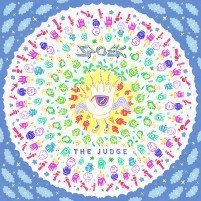 I just got way back into tumblr like it’s 2007, and that means I’ve had an opportunity to look at an endless stream of artwork and photography I like. Tumblr is like an anti-Facebook in that sense; giving me lots of stuff that’s relevant to me posted by people who are on the same wavelength as me. 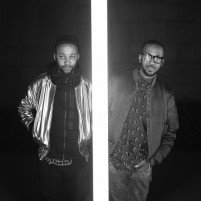 I watched Future Sounds of Mzansi, a documentary about South African electronic music co-directed by Spoek Mathambo and Lebogang Rasethaba, a couple months back. A few months before that I interviewed both men for a piece in The Guardian that my editor occasionally tells me may finally go up. 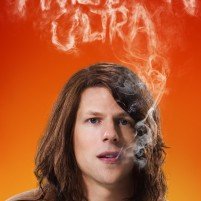 ‘American Ultra’ Gives A Stoner The Skills Of A Super Spy

Or, more accurately, it gets a super spy extremely stoned. American Ultra stars Jesse Eisenberg as a stoner whose latent spy training is activated by one of his fellow agents when he’s too goofed to notice. Then he starts getting attacked by dozens of other agents who all want him dead. 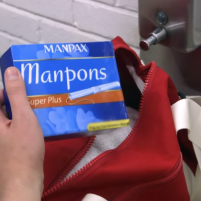 What If Men Had Periods?

Considering the trending of ridiculously ill conceived tag #BlameOneNotAll on Twitter, it’s yet day of abject failure and systemic misogyny for ignorant male douches everywhere. On the topic of douche, the charity WaterAid is running a campaign for May 28th’s Menstrual Hygiene Day called #ifmenhadperiods which they hope will raise awareness for the 1.25 billion women who don’t have access to a toilet or clean running water during their period.